If ever there was a film to represent the early 1990’s, then Point Break was it. Big action sequences, big hair (not quite as big as hair in the 1980’s), cool dudes and lots of people in ill fitting suits. If the TV show Family Fortunes featured a question about Point Break, and the question was “We’ve surveyed 100 people, how many said Point Break should be remade?” then the answer would be zero. No one has ever said they wanted to see the cult film re hashed, with different actors and shinier special effects. No one. Ever. Therefore, we’re delighted to present the first trailer for Point Break, a re-make of the classic 90’s film, which starred Keanu Reeves and Patrick Swayze.

A group of extreme athletes , led by the handsome but also a bit evil Bodhi (Edgar Ramirez), are top of the list of suspects in a spate of serious crimes. In order to prove they are behind the deadly and daring heists, the handsome but much less evil FBI agent Johnny Utah (Luke Bracey) must infiltrate the team, and become one of them. Only then can he get close enough to prove they are the ones responsible for the increasingly audacious crimes, utilising a variety of extreme sports to carry them out, including parachuting, base jumping, free rock climbing and surfing giant CGI waves.

Directed by Ericson Core, Point Break will of course draw huge comparisons to the original, and only time will tell if it will be as good, with the trailer going a long way to suggest it very well could be. If you’re in two minds about whether you want to see the film in case it ruins your memories of the original, then surely the chance to see Ray Winstone completely murder an American accent is reason enough to go. Point Break opens, unlike some of the parachutes in this film, in UK cinemas on January the 8th 2016. 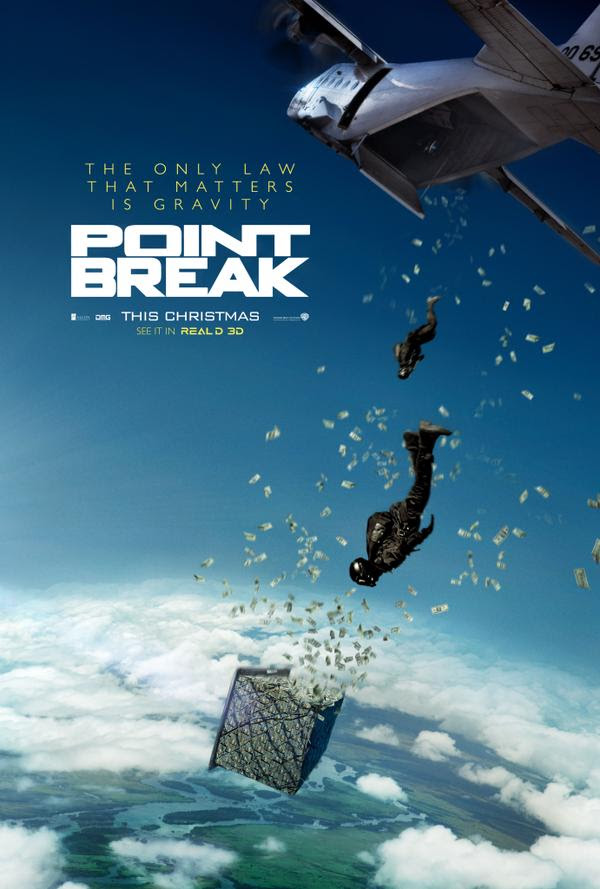